I’m overdue a post on coding and why, for me, it’s one of the most amazing things you can spend your time doing. I just wanted to get this one out first though. This is quite a personal post but I think it’ll resonate with at least a few people who read it.

For me, one of the big challenges in anyone’s life is the challenge of unlocking themselves. It’s certainly felt that way for me at times.

Why would you want to?

Well, because you don’t really come close to a. knowing yourself or b. even being able to fulfil your potential, let alone actually do it, until you have.

The way I see it is that everybody is like one of these combination locks, but all the combination locks are very different. Some are easy to unlock, and by extension some people almost seem like they were born unlocked. Some of the locks have lots of numbers you need to find, and they’re much harder to open.

FWIW, the dials on my newly-opened lock correspond to:

Quite a few dials right? I’ve taken some unlocking :)

This is the combination of things I feel have unlocked me. Many of the things that have motivated me in the past aren’t there. They turned out not to be important.

A major part of the Northcoders ethos is helping our students learn how to spin those dials and unlock themselves. Every lock is unlockable. Once you’re unlocked, everything is different.

If you’re not unlocked already, you’ll never be unless you spin the dials. 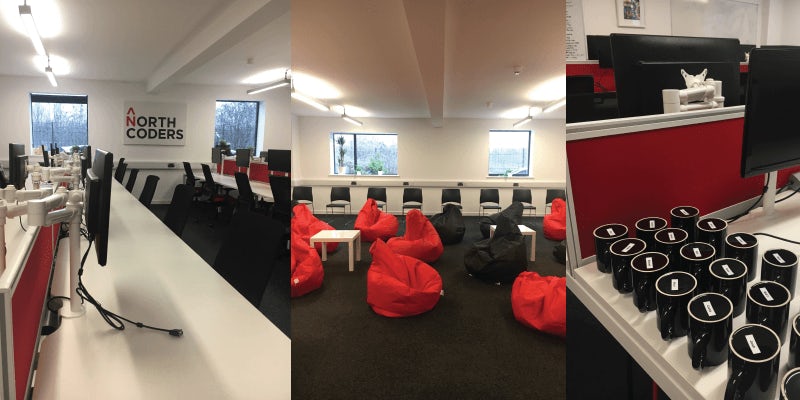 Last Friday, I drove back across the breadth of the North, from Hull where I used to catch ferries home to Belgium as an eight year old, back past York where I went to school, past Leeds where Mum’s from and where my beloved grandmother was laid to rest, Huddersfield where Dad’s from, Halifax where I was born and then to Manchester where Chris, my co-founder, was born and where my son will grow up.