When was the last time you used your legs and went to a record store to buy a physical album? According to a recent report published by Nielsen, audio streaming has grown to 38% of total audio consumption, overtaking digital sales while vinyl sales also continue to grow.

So, have streaming platforms changed music?

Since 2015, music streaming services have become the music industry's biggest source of income, with revenue from these services increasing by 57% in the first 6 months of 2016. The vast majority of this income came from subscriptions.

Interestingly, ad-supported platforms generated less money for labels and artists than vinyl sales.  With this information, and the understanding that there is over 30 million tracks available at our fingertips, it would seem we are the masters of our musical destiny. However, I would argue it’s not us that are the tastemakers, but the big data our listening habits generate.

Before the industry went digital, decisions were based on the charts and the judgement of hit makers. Data was available via focus groups and surveys, but these were expensive, time-consuming and still limited in their scope.

The emergence of the internet and streaming services has changed not only the way we consume music, but also the music itself!

For example, all music streaming platforms will only pay out after a certain amount of a song has been played. As a result, the average length of a song intro has decreased from over 20 seconds in the 80’s to less than 5 now (Pink Floyd are getting the rough end of the stick).

With such a wealth of music available, it’s a constant battle for the listeners attention. Data and common sense suggests we are far less likely to skip a track we’ve heard before. As a result, it’s now common for tracks to feature the hook, guest artist or a prominent sample in the first few seconds, contributing to a phenomenon known as the “Spotify sound”, something that artists are paying a lot to try procure. 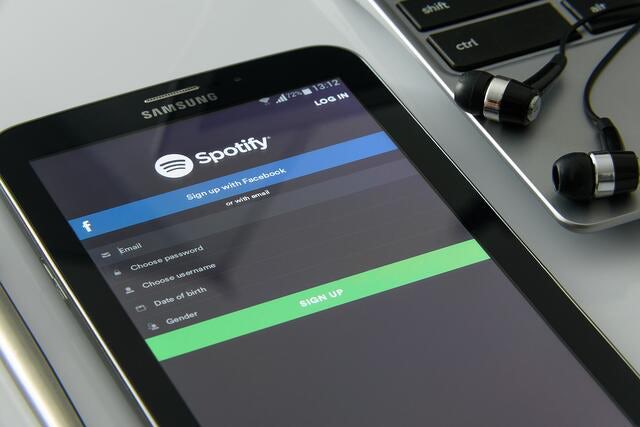 The consequences of this quest for the ‘Spotify sound’ are twofold. More than ever before, there is a proven blueprint for creating a hit song, provided automatically by the streaming platforms..

As a result, for better or worse, chart music is becoming more homogenized. How do we know this? In 2013, the top 1% of artists accounted for over three-quarters of all revenue from recorded music sales. In the same year, 20% of songs on Spotify had never been streamed (you can download an app devoted to playing them called Forgotify).

One example of these taste-making algorithms, created by Pandora, is named the Musical Genome Project. This takes 450 musical attributes from any song to match it other tracks and match it to a genre. These aren’t genres as we know them though. Rap alone has over 350 sub genres (I don’t even want to think about how many sub genres Metal has).

This wealth of data and ability to understand it has caused a fundamental power shift in the music industry in favour of the streaming giants.

It’s no coincidence that in the last 3 years over 10 million tracks have been added to Spotify.  The same company now has a dedicated team of songwriter relationship managers, who can advise on trends and how to produce music that sounds best on the phones and laptops, the devices we primarily consume music on.

For me, the next big shift in how we consume music will be smart-home speakers like the Alexa, and the challenge of condensing monumental libraries of music into a series of keywords.

When using a voice-controlled device, it’s not nearly as easy to skip through tracks, and if the platforms don’t get it right quickly, customers will quickly reach into  their pockets for their phones. As a result, I’m fascinated to see how the industry will continue to adapt to emerging technology.

This blog was originally a lightning talk. If you liked this check out some of our other Lightning Talks!